James Hoge Latham (1830–June 6, 1876) was the husband of Henrietta Marshall Latham and a stockbroker. He and Henrietta were early advocates for animal welfare. The Latham Fountain was erected by Henrietta and James' children in their memory.

James was born in 1830 in Columbus, Ohio. One of his brothers, Milton S. Latham, was the governor of California for 5 days as well as a U. S. Senator. James married Henrietta Marshall on November 27, 1860. See Henrietta's page for more about their children.

In addition to being a stockbroker, Latham was the agent for Wells Fargo at Victoria (?), Virginia City in Nevada, and Sacramento. 1

In 1876, Latham had been ill so, his doctors recommended a sea voyage for his health. Just 3 days out from New York, James died at sea aboard the steamship Celtic. Henrietta returned to Oakland with his body, and James was buried in Mountain View Cemetery, in the Latham family grave in plot 9. The funeral was held at St. Paul's Church on 12th Street near the Grand Central Hotel. 2 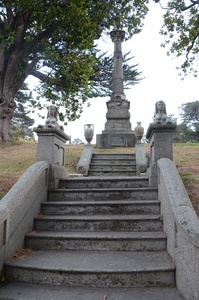 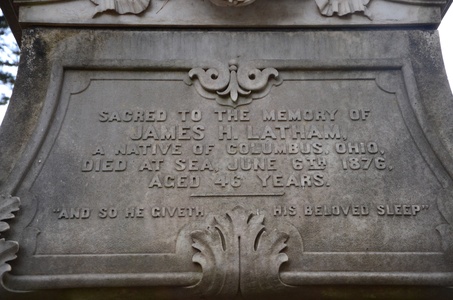 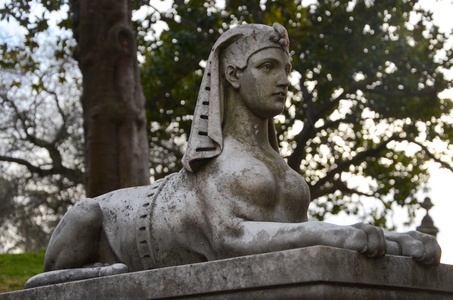