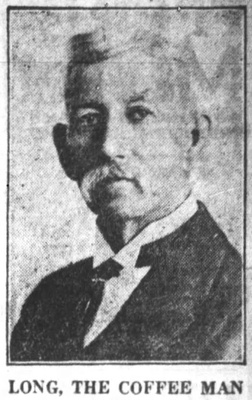 Long was born November 1, 1855, in Pleasant Lake, Indiana to James M. Long and Sarah Reynolds (Long). He married Susie May Holton (Long) on October 29, 1884 in Saint Johns, MI. By 1886 they had come to California, where their oldest daughter, Grace, was born in San Diego. The next 3 children were born in Fresno, and their 5th child, Robert, was born in Oakland in 1896. The children were Grace M. Long (McCann), Harry H. Long, Beulah Claire Long (Williamson), James Willard Long, Robert Albert Long, Helen C. Long (Cash), and Russell Long. Susie died in 1906 after a long illness. 1,2 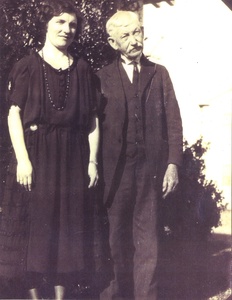 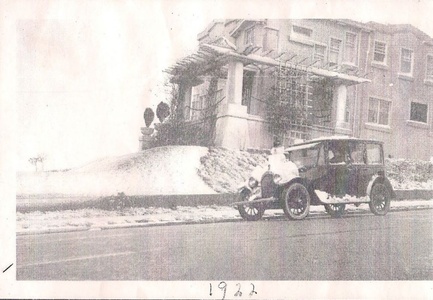 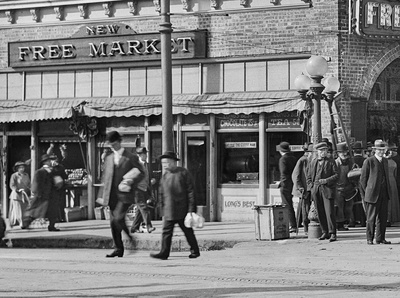 Long moved his market from 11th and Washington to 901 Washington in 1920, 5 and he stopped selling at the New Oakland Free Market in 1921. 6 Finally, in 1926, an ad for Whitthorne and Swan's noted they were selling the remaining stock from Long's Grocery. 7 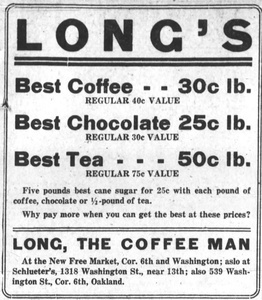 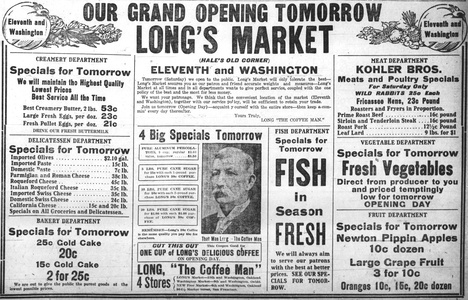 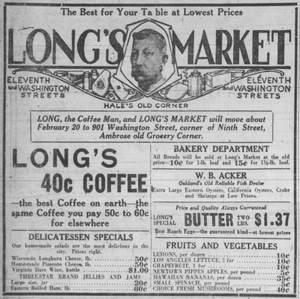 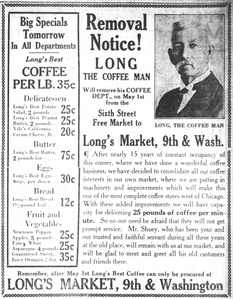 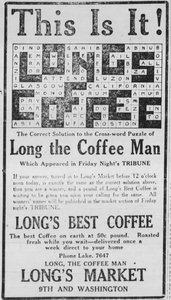 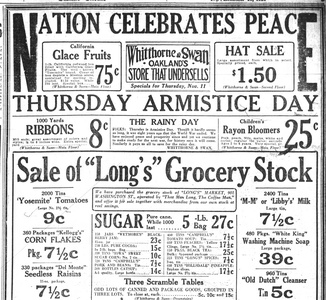