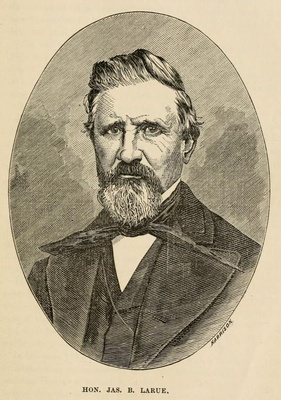 He owned about 200 acres of the Peralta ranch and was allegedly the first lumber dealer in Oakland. 6 The lumber business probably led to the construction of the steam boat and the ferry business: San Antonio was a thriving lumber town. 5

Minturn (Carpentier's partner) ended up suing Larue, saying that Larue was violating an the exclusive franchise but this was ruled unconstitutional. Minturn went up the chain from the US Circuit Court who had made this decision all the way to the US Supreme Court, where the case was still pending when, in 1859, Larue and Mintern agreed to team up 4

Larue served on the California Legislature. 6 Larue was a Mason, a member of the Brooklyn Lodge. 3 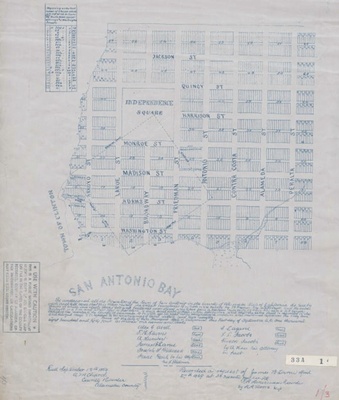 Map filed September 12th, 1854 as "recorded at request of James B. Larue, April 27th 1869 at 30 minutes past 1.00 P.M.". Block map of the town of San Antonio, showing streams emptying into San Antonio Creek and the boundary with the town of Clinton "beginning [from] the East corner of a house at the South West corner of Arroyo and Washington Street." Portions of the map were "taken from a previous survey by C. C. Tracy, Esq., also a U. S. Deputy Surveyor." 7 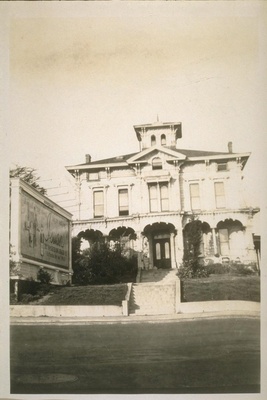