Jason "Shake" Anderson was the Green Party's candidate for Mayor in the 2014 election. He received 990 first place votes and was eliminated in the 9th round. 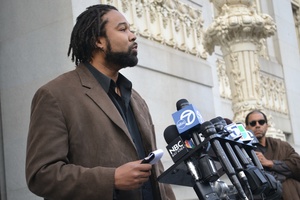 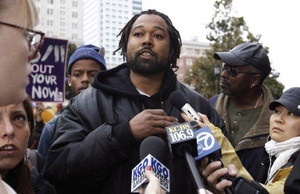 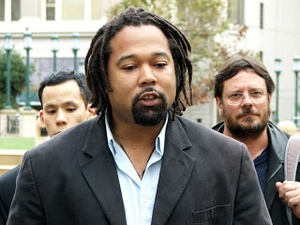 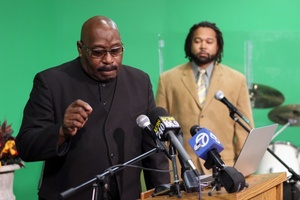 Please make sure to read the copyright page before uploading any images here.

Improving the image of Oakland.

Promises are certainties that can be fulfilled simply by power granted to the mayor. These are to be kept as a contract with the voters.

20 hours a week garbage pick up. This may be carried out by the mayor or volunteers acting on his behalf. Clean up will occur throughout Oakland in areas blighted with neglect.

Volunteer for arrest in defense of the marijuana industry, in the event of another federal raid. The mayor will practice non-violent civil disobedience towards this end.

Appoint City Administrator who is in line with platform, in letter and in spirit.

Appoint Chief of Police who is in line with platform, in letter and in spirit.

Donate entirety of mayor’s salary to technical staff for the city administrator. The technical staff will consist individuals with relevant educations (ie economics, criminology, sociology, etc). This is to highlight and raise public awareness of the Oakland charter, and it’s unique (if not flawed) balance of powers. Santana has demonstrated the charter established the city admin as chief executive, with the mayor as a figurehead, a position potentially a great power but also of possible ornamental insignificance. As this candidacy represents a contract with the public, as well as a mass movement, the candidate steps forward as an unpaid volunteer and organizer to achieve stated goals. This should run in stark contrast to other candidates, who present themselves as leaders to be trusted in a general sense to carry out abstract ambitions.

Salary through campaign and for the duration holding office will come exclusively through bitcoin.

”We must favor verifiable evidence over private feeling, otherwise we leave ourselves vulnerable to those who would obscure the truth.”-Dawkins

Logic and reason can be implemented to immunize ourselves from both incompetence and corruption, and is essential for transparency.

This problem can not be resolved with a numbers game. It requires human intelligence and humane implementation. Putting ideology, theory and speculation aside, we can be certain there is a medical crisis in OPD, and it’s neglect should be a criminal matter. Since the advent of police, there has never been a scientific address of mental health impacts; which should be an OSHA concern. OPD suicides and other tragedies are consistent with other occupations with known epidemics of PTSD. Oakland is prime to be the first agency to make a scientific address of these issues.

PTSD is tragically misunderstood, and an enigma to the public. The same can be said of police work. The police are neglected, often misused, and it might be right to say abused by the the powers responsible for them. We have a moral obligation to assist them in their work, and assure their well-being. This is not being done, and it must be a first priority. In moving forward, our philosophy is quality before quantity.

Optimizing current assets may sound simple, and it is… sadly, as it is the result of delinquent neglect, historic and systemic racism, and most likely red-lining. This can also be taken to grander implications, such as using the industrial kitchen in City Hall, the movie theater in the 7th St police station (movies for youths, public outreach, etc), and restoration and utilization of abandoned historic buildings (ie Liberty Hall, Key System buildings). The implication can reach as far as BART staying open 24/7 (at least on weekends to support our entertainment districts and counteract the engineered isolation of Oakland).

The goals of security and prosperity are not separate. They are the same.

—Apply a business tax formula to the Port of Oakland.

—Address environmental concerns such as toxic ballast water from China.

—Take responsibility for our role in trade-deficit/currency-manipulation.

—The future of the DAC is in the hands of the council, and while the mayor’s office can only endorse ideas and cast a tie-breaking vote. As the DAC has the potential to define Oakland’s future, the mayor will fight for /the privacy of citizens, as well as seek optimum benefit for all citizens, putting the welfare of citizens before corporate or federal interests. If the city council cannot be dissuaded from implementing the DAC, the mayor will push for the inclusion of technologies such as Eulerian Magnification, which can reduce Oakland’s infant mortality rate (which is higher than the state average), as well as improve the health and quality of life for our seniors.