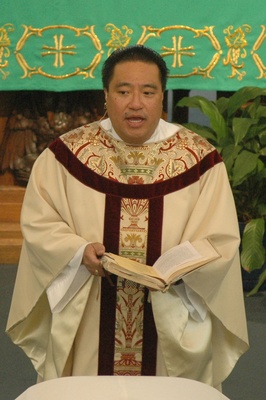 Since 2015, Father Landeza has been the Pastor of St. Benedict Catholic Church on 82nd and Bancroft Avenue in Deep East Oakland.