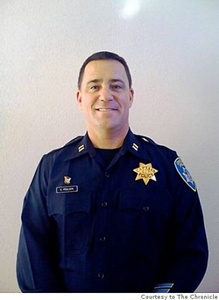 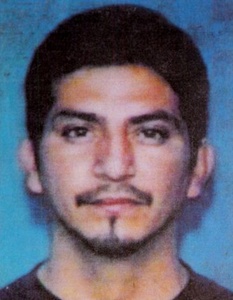 Jerry Amaro was a 35-year-old Latino resident of Oakland who in 2000 was fatally injured by Oakland Police Officer Ed Poulson.

Amaro was said to have been buying drugs near 73rd Ave and Holly St. on March 23, 2000, when he was tackled and beaten by Officer Poulson. Amaro was taken to County Jail, where he complained of abdominal pain but received very little medical help. Mr Amaro was released from jail 5 days after his arrest.

According to case documents, Amaro told family members that he had first thought the officers who tackled him were robbers, because they came up from behind and beat him without identifying themselves. Still, he never filed a complaint against police.

On April 17, Amaro went to the East Oakland Medical Center, where he told a doctor that police had beaten him. According to a police summary of the investigation, an X-ray the following day revealed that he had five broken ribs. Doctors told him to go to the hospital, but he never did.

On April 20, Amaro moved into a friend’s basement. He died there the next day, of pneumonia brought on by broken ribs and a punctured lung.

In 2009, the FBI investigated the Oakland Police Department for this and other abuses. Poulson was by then a Captain and head of the Internal Affairs Division. OPD suspended him, saying he had attempted to cover up the beating.

As of 2012, Poulson was still with the department. According to the Rand Police Recruitment and Retention Clearinghouse, Polson was the head of the “Bureau of Administration … [which] includes the following units: Backgrounds and Recruiting, Technology, Fiscal Services, and Personnel. Prior to serving as the Commander for the Bureau of Administration, Captain Poulson was the Commander for the School Police Unit, and before that, the Airport Security Unit at the Oakland Airport. Captain Poulson has served in a variety of assignments as an officer, sergeant, and lieutenant. These assignments included patrol, internal affairs, and investigations. Captain Poulson received a Bachelor’s degree in Criminal Justice from California State Hayward University in 2003.”