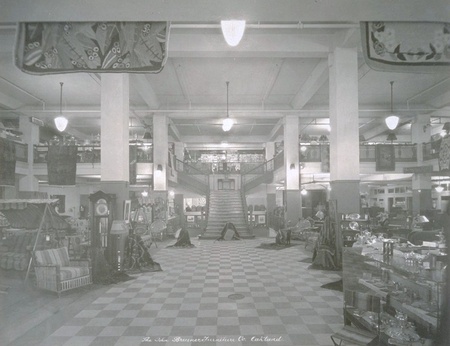 The John Breuner Furniture Company was established in 1856 in Sacramento. In 1906, in order to supply furniture to people who lost their homes in the San Francisco earthquake, the company opened a store in a building at 13th and Franklin that later become famous as the Tribune Building. In 1917, the company moved to a new building constructed by the Charles Jurgens Company at 1515 Clay Street (since demolished; now the site of the Elihu M. Harris State Office Building). In 1931 the company moved into the Breuner Building located at 2201 Broadway in Oakland. 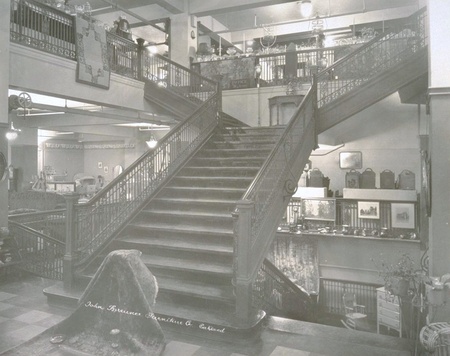 One of the wonderful Oakland traditions each year were the beautiful animatronic displays in the Breuner's storefront windows during the Christmas holiday season. Breuner's closed the Oakland store in the 1970's and later sold the building.