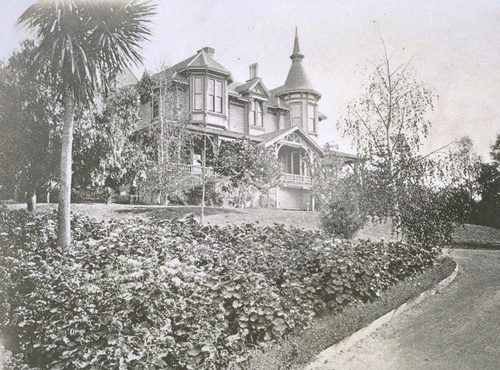 John Garber residence (date unknown) 1Judge John Garber (1833 - 1908) was a renowned attorney and jurist who founded the Garber, Boalt & Thornton law firm. He was born in Virginia in 1833 and graduated from the University of Virginia in 1954.

In 1857 Garber moved to San Francisco to live with his uncle, Joseph G. Baldwin, a noted author and member of the California Supreme Court. Garber himself would later serve on the Nevada Supreme Court, only to resign in order to make more money in private practice.

Garber moved to Nevada in 1863 where he practiced law and met his wife Julie White, the daughter of an Alabama judge. He returned to California in 1867 only to return to Nevada in 1870.

Upon his resignation from the Court he entered into legal partnerships with Colonel Harry I. Thornton, Thomas B. Bishop, Judge John Boalt, Judge Eugene R. Garber, Harry Thornton Creswell, and his son, Joseph Baldwin Garber.

One of his most famous cases was his representation of Jane Stanford against the U.S. Justice Department who were going after the $13,000,000 Stanford estate to pay off a $60 million judgment against the Big 4 railroad magnates.

In 1904, President Theodore Roosevelt appointed him to the Panama Canal Commission, but Garber declined the appointment.

In 1879, Judge Garber and his wife built their spacious mansion which was located on Tanglewood Road, close to the future site of the Claremont Hotel. The mansion was located on what would later be known at the Bellrose Tract. In 1958, it was demolished for the construction of several modern houses..

The land is owned by the City of Oakland, and John Garber Park is an Oakland city park, and not a part of East Bay Regional Park District's Claremont Canyon Preserve.  The park is, however, a part of Claremont Canyon.

The heirs of the Garber estate acting through Frank D. Stringham, husband of Garber’s daughter Juliet, and later, Mayor of Berkeley, offered the eastern segment of the Bellrose Tract—basically the mansion’s backyard—to the Berkeley City Council at the half-value of $2,500 on the condition that the land be maintained as a park with the name John Garber Park. The deed including the conditions was recorded March 4, 1920.

The January 25, 1920 San Francisco Chronicle article links the sale and the conditions to a public conversation then-current on the topic of urban open space: “The spot is certain to become a popular resort and demonstrate its community value as the other parks and playgrounds of the City are doing every day. Every piece of ground thus added to the open spaces of Berkeley should be an occasion of public rejoicing on account of what it means both to those now living and to future generations who will find here in a city much more congested than at present, an opportunity for refreshment of body and mind.”

Garber died of typhoid fever at his home. 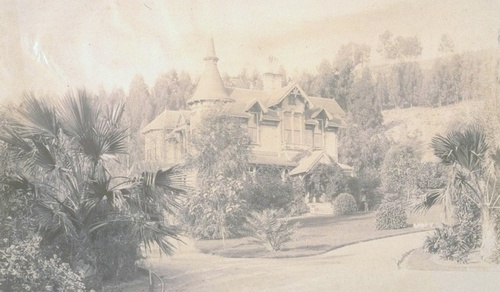 NAParish: It's kinda hard to tell exactly where his house was located, or whether it should be described as being in Berkeley or Oakland.  The house was built in 1888, and was supposedly torn down to allow the construction of the Claremont (note spelling) Hotel, according to a blog posting for the Garber Park Stewards. An 1890 directory  says his house was on Claremont Ave near Russell, which is consistent with it being on the Hotel's current grounds in what is now part of Oakland, but the blog posting says it was on Tanglewood Road -- which is across the street from the Hotel and across the street from Garber Park, which is described as being the home's former back yard.  If you look at Berkeley's council district boundaries, the chances are good that it was in Oakland.