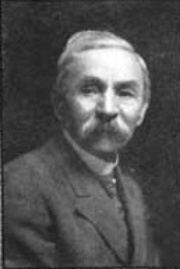 John H. DohrmannJohn Henry Dohrmann (April 29, 1840 - September 1, 1921) was an accomplished musician, composer and a pioneer conductor of orchestras in Oakland and San Francisco.

Born in Hessia, Germany, in 1854 Dohrmann traveled with his parents _____ and Johanna Sophia Dohrman, on a nine months journey around Cape Horn, to California and upon their arrival, settled in Oakland.  Dohrmann taught music lessons to children, including those of Governor Alvarado.

On May 1, 1861 John Dohrmann married Theresa Gubbioti in San Jose.  There was also a marriage announcement on September 19, 1904 of the wedding between John Henry Dohrammn of Oakland and Theresa Florence Wexelberger of San Francisco.  Given that this is 23 years after the first marriage it would seem to be the son of the conductor.  [Did he have any children?]

Dohrmann was conductor for the Oakland Tivoli Opera as well as the Dietz Opera House.  Additionally, he composed a popular musical piece entitled Snow Flake, and prepared many orchestrations of music for local organizations.

Dohrmann was the leader of the old Metropolitan Theatre, the Alhambra on Brush street, and the Shields, now the Standard. He opened the Grand Opera House as musical conductor; was also conductor of the first comic opera in Oakland, leader of the opera in Coliseum, of the Winter Garden Opera Company, and Tivoli Opera House, San Francisco. [so was there a Oakland Tivoli Opera, as one source cites, or just the one in S.F.?]

He was the Organist and Director of St. Patrick's Church in San Francisco.

Dohrmann was also recognized as one of the best teachers of piano in the state and prospered in his profession.

In the 1887 Oakland Directory, J. H. Dohrmann, music teacher, lived at 359 - 4th Street; also in 1875, 1899 and again in 1907 at the same address.  [Although one source states that Dohrmann lived in San Francisco, he is also listed in at least four different Oakland city director as living at 359 - 4th Street.  Perhaps he had two residences; one is the city and one is Oakland?  Or the one source was wrong about him being a resident of San Francisco?]