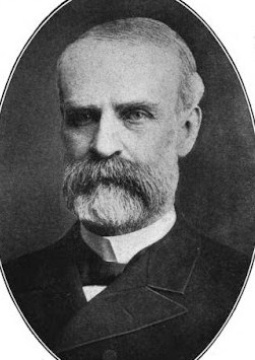 Dr. John Knox McLean (March 31, 1834 - February 16, 1914) was pastor of the First Congregational Church in Oakland, California from April, 1872 to 1895.  Born in Jackson, New York, McLean grew up on his isolated family farm where he developed his lifelong love of the countryside and nature.

As a young pastor McLean served first in Framingham, Massachusetts, then next in Springfield, Illinois, following what he felt was the draw of the "western spirit."

On June 26, 1861 John Knox McLean married Sarah Matilda Hawley (1834-1931) from Salem, New York.  The two were considered quite the young power couple in the small town of Springfield, with John and Sarah's influential leadership expanding the congregation.

An avid traveler, the call of the "West" lead McLean to visit California in 1871, where he feel in love with the "splendors of the rich and wonderful land that sloped from the Sierra to the Pacific." 1

J.K. McLean was offered the position of pastor for the First Congregational Church of Oakland, California, and after careful consideration, accepted the position.  The McLeans moved to Oakland in April, 1872 where he served as pastor for 23 years, until April, 1895.

J.K. McLean died in 1914 and Sarah in 1931. The McLeans are buried in Mountain View Cemetery along with members of the Hawley, Condit and Olney families. The family plot is marked by a tall, Celtic cross, and is just below "millionaire's row". 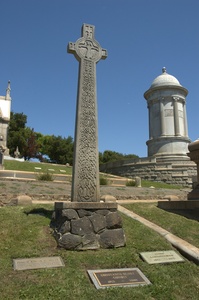 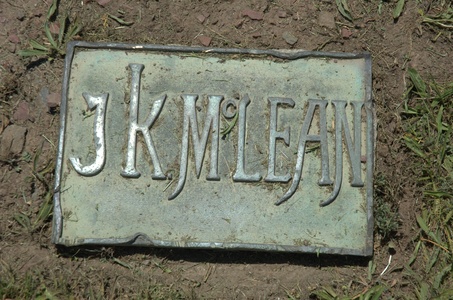