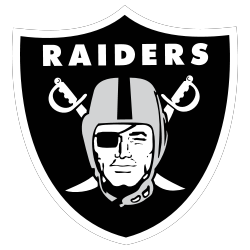 Under owner Al Davis, he coached the Raiders through such memorable plays and games as ...the "Heidi" game, " "miracles of George Blanda," "the Immaculate Reception," "Sea of Hands," the "Holy Roller," "Ghost to the Post," the "Phantom Touchdown."

Inducted into the Pro Football Hall of Fame in 2006.

1. Transcript of Al Davis' speech inducing Madden into the Hall of Fame.