John Pershing Maxwell (March, 1869 – August 9, 1939) was a real estate developer and the namesake of Maxwell Park. For many years, he also ran Maxwell Hardware which his father had started.

After living on a farm in Calistoga, John went to Oakland to help his father run the newly-founded C. L. Maxwell & Sons Hardware in 1886. He started running things and took over completely in 1898 when Calvin retired. (Frank had died in 1895; not sure where William was. The Tribune obituary incorrectly states he took over when he was 17.) 1 For a time, the store was known as John P. Maxwell Hardware. See Maxwell Hardware for more of the store's history.

He served as a director of the Central Bank, the Alameda County Insurance Title Company, and the Downtown Property Owners' Association. 1

Maxwell owned the land where the Maxwell Park neighborhood is now. In the early 1920s, he began developing the area. Knowing the importance of transit, he contracted with the Oakland Street Railway Company to extend one of their lines to serve the area. 2 The lots in the area quickly sold out.

John died at home on August 9, 1939 after a brief illness. The funeral was held at First Presbyterian Church of Oakland, and arrangements were handled by Albert C. Brown Mortuary. John was interred in the Schutz family mausoleum at Mountain View Cemetery in plot 48. Amelia joined him after her death in 1957. John's parents are buried nearby in plot 52C. 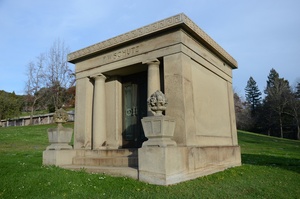 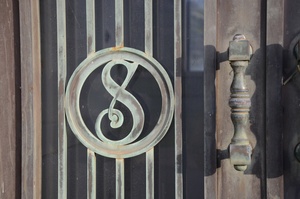 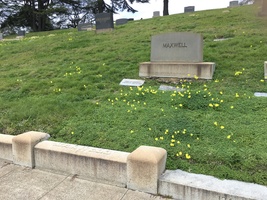