In 1866 the Hunts moved to Oakland and built a lavish home along Glen Echo Creek (Piedmont Ave) near Mountain View Cemetery, and named the home "Glen Echo." Jonathan lived there until his death in 1887 and Abigail until her death in 1910. The Hunts owned a large portion of the area surrounding the house itself, and the property was first offered for auction in 1886,1 and ultimately sold off in 1912 as Brookside Manor. 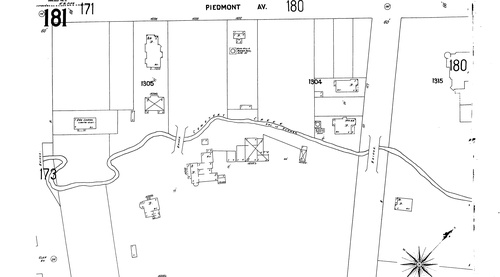