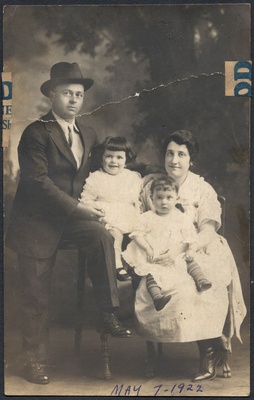 Joseph (Giuseppe) Catucci (January 31, 1889 – October 25, 1939) was the owner of J. Catucci Grading and Excavating (also known as J. Catucci General Contractor). In addition to paving various streets and sidewalks around Oakland, his company excavated and/or built the foundation for the main post office, the Alameda County Courthouse, and other well-known structures in Oakland. The land where Bishop O'Dowd High School sits was originally one of the J. Catucci quarries.

Joseph Catucci was born Giuseppe Catucci on January 31, 1889 in Cassano delle Murge, Italy, the oldest son of Vito Marino Cattuci and Anna Loverro (Catucci). Cattuci immigrated to the U.S. in 1906, and by 1910 had settled in Oakland. He married Bella Julia Furtado (Catucci) on December 17, 1916 and they had four daughters: Genevieve Anne Catucci (Shlegeris), Gloria Marie Catucci (Lenihan), Elvira Julia Catucci (Raphael), and Mae B. Catucci. The family members were active members of St. Anthony's Catholic Church. 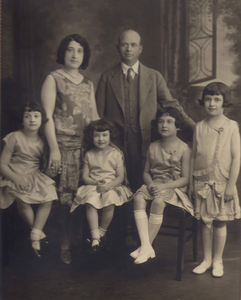 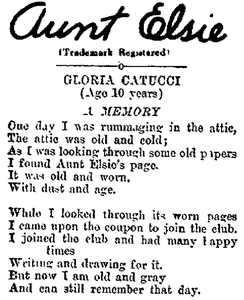 Vito went to Pennsylvania to mine, but hated it and returned to his wife and daughters in Cassano Delle Murge, Italy. Several of Catucci's brothers eventually emigrated from Italy.

Antonio (Antone) Catucci (1891 – 1953) married Grace Cotruvo (Catucci) (1899 – 1956) and they lived in North Oakland, where they had two daughters. Antonio worked a variety of jobs, and eventually went to work for J. Catucci. Grace ran a grocery store at 6040 Telegraph. In 1933 she was robbed by two men who did a grab-and-dash involving a bolt of cloth and $35 cash. 9 Family says she was robbed another time at gun point. 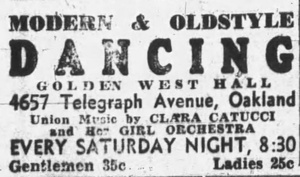 The 1913 directory 1 lists Catucci as a "cement worker" and his name appears on sidewalk stamps as early as 1915. The 1924 directory 2 lists his home and work address as 1212 - 18th Avenue. The building still stands, and "J. Catucci" can be seen very faintly on one of the signs.

In 1931, J. Catucci excavated for the new main post office that was being constructed between 12th and 13th Streets. 3 His company grew quickly; a 1934 advertorial extolling the virtues of Firestone tires said: "Catucci now operates a fleet of 57 trucks and is hauling much material throughout the Eastbay area. He has just completed hauling 304,000 cubic yards of gravel to Benton Field." and said he started in 1910 with a horse-drawn wagon. 4 (Benton Field was part of what became the Alameda Naval Air Station.) 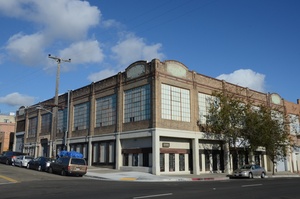 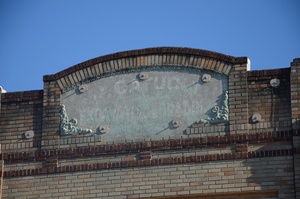 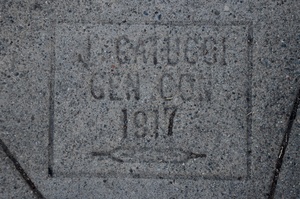 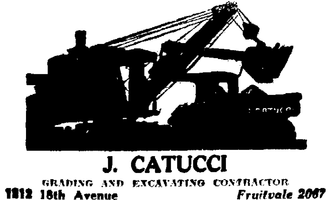 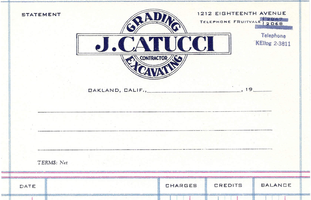 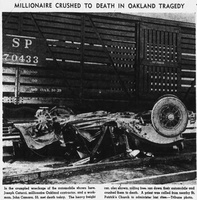 On October 25, 1939, Catucci was driving through the Southern Pacific railroad yards with John Camara, and according to witnesses, ignored warning shouts and attempted to cross in front of a moving freight car. The car had been shunted (pushed by an engine and rolling free) so there was no way to stop it. Catucci and Camara were killed instantly, but a priest was summoned from St. Patrick's Church to administer last rites. 6 Services were held at St. Anthony's, and Catucci was buried in Holy Sepulchre Cemetery in Hayward.

Catucci left a sizable estate, in excess of $700,000, but things were complicated by a lawsuit from the family versus attempts from Southern Pacific to indemnify themselves. The lawsuit was eventually settled several years later, but for a fraction of the original amount. 7

In 1948, the Catholic archdiocese let Bella know of their desire to build a co-educational Catholic high school. She made the land where Bishop O'Dowd High School now stands available for a "low figure" for them to build a school. 8