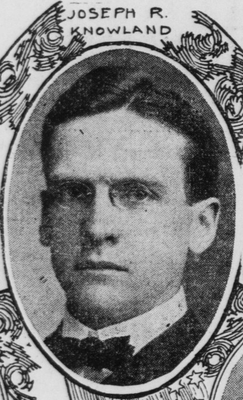 Joseph Russell Knowland (August 5, 1873 - February 1, 1966) was a US Congressman, the editor, owner and publisher of the Oakland Tribune, in Oakland, California. JR was the son of Joseph Knowland and the father of US Senator William F. Knowland.

Knowland wrote for the Oakland Enquirer and the Alameda Argus newspapers on California history and Republican politics before taking control of the Tribune. 1

In 1910 the Hon. Joseph R. Knowland was Congressman for the Third Congressional District, with his office located at 969 Broadway, Oakland, while residing in Alameda. 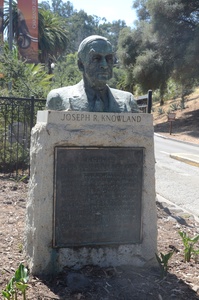 Knowland was cremated and his remains interred at Chapel of Memories. There is a bust of Joseph R. Knowland in Knowland Park near the entrance.