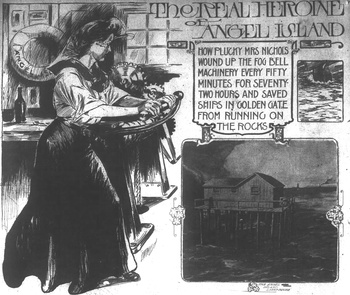 Nichols was born Juliet Emily Fish in Shanghai, China, on August 12, 1859, to Dr. Melancthon William Fish and his first wife,  Juliet E. Maitland (Fish). Juliet died due to complications from childbirth, and her sister, Emily Augusta Maitland (Fish) came to Shanghai to help take care of little Juliet. Dr. Fish and Emily married, and Emily became not just Juliet's aunt, but her stepmother as well. Emily also served as a lighthouse keeper, at Pt. Pinos near Monterey Bay, from 1893 until 1914. 2

Unlike her stepmother, who became known as the "Socialite Keeper" and regularly entertained guests, 6 Juliet's post was on a small rocky point, isolated from the military barracks on Angel Island. She had a dog for company, but probably didn't get many visitors. The Lighthouse Friends website describes the keeper's house as a "thirty-foot-square, one-story dwelling. ...Access to the main part of the island was via a series of 151 steps, which led up the steep bluff." 7

Nichols died April 20, 1947, and is buried in the Fish-Nichols family plot along with her parents and Henry. 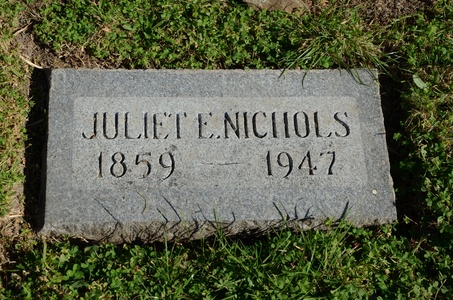 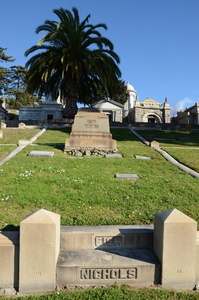