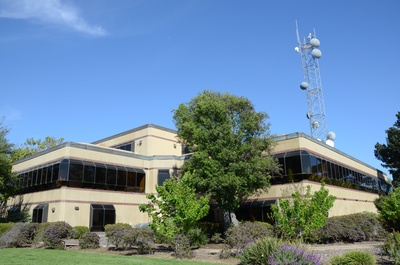 KTVU Studios in Jack London Square
CC SA-BY Our Oakland
"Live, from Jack London Square, it's the 10 o'clock news." For many years, those words welcomed viewers of KTVU Channel 2 to their 10 o'clock news program, before they decided they didn't want to just be known as an "Oakland" TV station but in fact covered the whole Bay Area. KTVU is a television station based in Oakland, with their broadcast studios in Jack London Square, and transmitter on Sutro Tower in San Francisco. KTVU was completely independent until 1986, when they became a Fox affiliate. It is the largest Fox station not owned and operated by Fox. 1 The station shares its studios with independent station KICU-TV (Channel 36).

Many long-time Bay Area residents have fond memories of KTVU's original children's programming, including Creature Features and Charley and Humphrey. Even further back was Captain Satellite, which showed cartoons and footage from NASA, as well as hosting various guests.

Let us also not forget Romper Room, hosted by Miss Nancy, which had its hay day throughout the 1950's and 1960's, though the show continued into at least the mid-1980's. 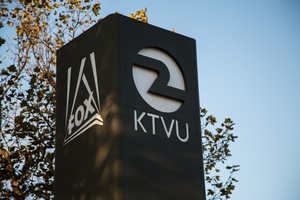 photo CC BY 2.0 by
Tony Webster