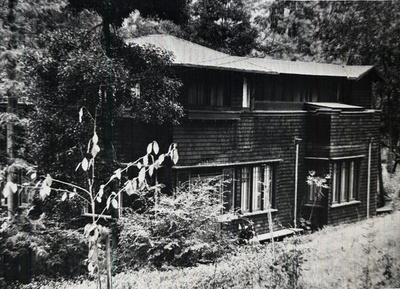 Kapiolani Cottage is a Julia Morgan-designed building on the Mills College campus, and originally served as the infirmary. It was named for the Kapiolani Society at Mills, an organization of students from Hawai'i, which was the main donor for its construction in 1909. 2

Cyrus Mills was president and Susan Mills had taught at Oahu College from 1860 to 1864. When they took over at Mills, many girls from Hawai'i started coming to Mills. There were several Hawaiian royal visits to Mills over the years. 3

The cottage has also served as faculty housing and administrative offices.