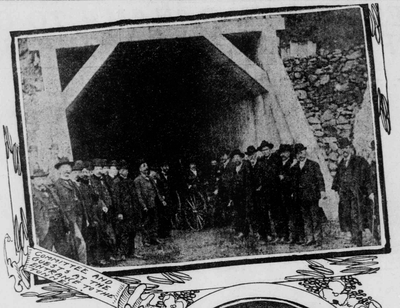 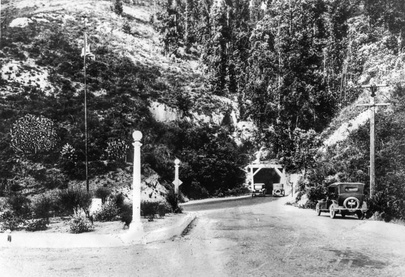 Unknown source and date; posted on Facebook
and labeled Broadway TunnelThe Kennedy Tunnel (aka Alameda-Contra Costa County Tunnel or Inter-County Tunnel) (1903–c. 1940) was a single-bore tunnel connecting Oakland with Contra Costa County. Begun in 1870 by Chinese laborers using picks and shovels, the tunnel opened in 1903. Its purpose was twofold: to provide a safer alternative to the dangerously steep roads over the Oakland-Berkeley Hills, and to encourage Contra Costa residents to come shop in Oakland.

It was referred to as the Kennedy Tunnel for L. W. Kennedy, who is said to have first conceived the idea of a toll road and tunnel between the counties. He started a company which built a road and began work on a tunnel, but "Work was begun upon the hole in the hill, but a rush of water was struck to the extent that it collapsed the tunnel and the company at the same time." 1 Note that other sources claim that Wright F. Kelsey was the first to propose building a tunnel between the counties. Note also that a plaque installed by E Clampus Vitus says it was called the Broadway Tunnel, but we cannot find any contemporaneous sources using that name and there was never a direct connection between Broadway and Tunnel Road, so this name seems unlikely.

Only one horse carriage or wagon could cross through the problem-plagued Kennedy Tunnel at a time; this led to long waits. The road up to the tunnel was treacherous, and the tunnel was dark, so travelers had to carry lanterns. Even after the tunnel was widened a bit and lights installed so cars could drive through, water seepage from the hillside still caused frequent closures.

During its heyday, as many as 30,000 horse-drawn buggies, pedestrians and cars traversed the Kennedy Tunnel weekly.

In 1935 the Berkeley Gazette reported that “on April 19, the small automobile tunnel through the East Bay Hills was closed due to landslides at the east end caused by rain-soaked hillsides.” 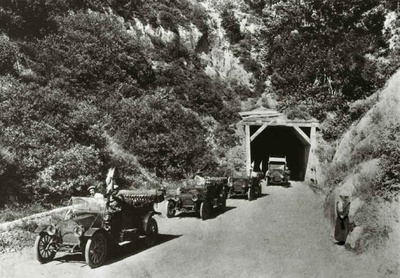 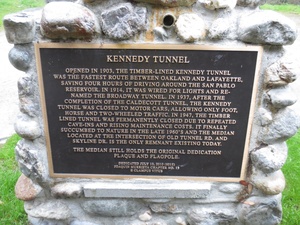 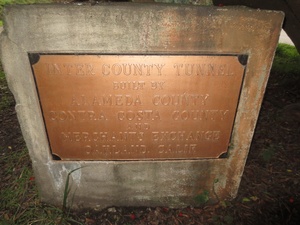