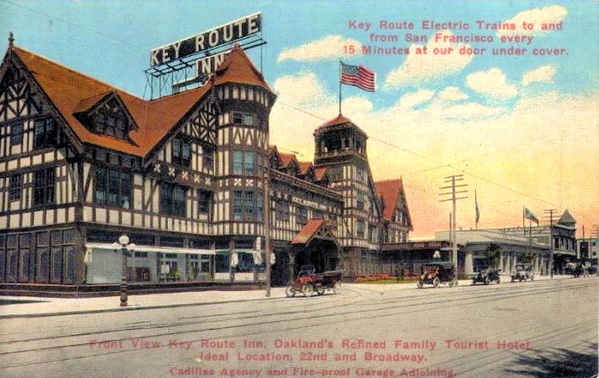 The Key Route Inn (1907–1932) was a showplace hotel on Broadway at (what would later become) West Grand. Designed by the firm of Oliver and Foulkes and built by the Realty Syndicate, its goals were to promote both the Key System and downtown Oakland as a sophisticated urban destination, and the general notion of Oakland as a civilized, upscale place ready to receive new citizens. It did this by being fancy (at least one U.S. President stayed there), but also by putting the hotel directly astraddle the streetcar tracks so visitors and guests (in what was still largely a pre-automobile era) could get anywhere quickly.

The Key Route Inn opened in March, 1907. It was heavily damaged by fire on September 8th, 1930. Due to the Great Depression, no one could afford to rebuild it, so it was eventually torn down completely in May 1932. 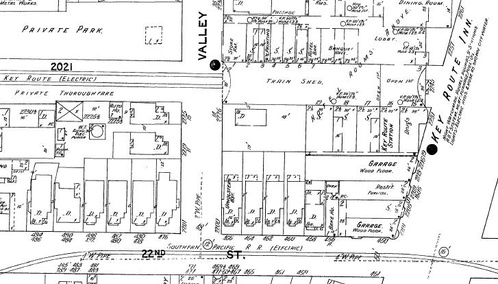 As shown on this 1911-1912 Sanborn map excerpt, the Key Route Inn was on Broadway between 22nd and 23rd Streets, where W. Grand Ave. is now (a link in the first paragraph shows exactly where). Many sources (such as the postcard up top) describe the Inn as being located at 22nd and Broadway. The Sanborn shows a SPRR (Key’s competition!) streetcar line on 22nd, which might explain part of the confusion; also the c.1908 postcard above shows open space left of the hotel (see the windows), not the various service buildings where the Breuner Building (1931-) was later built. 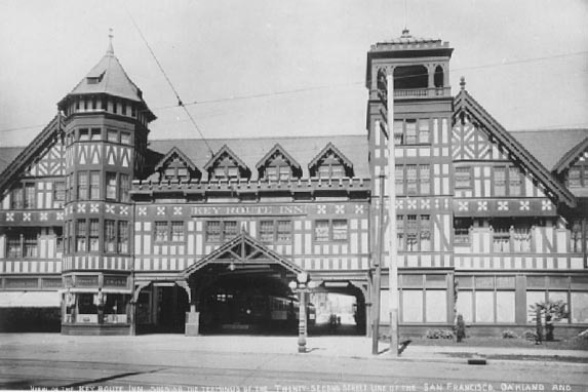 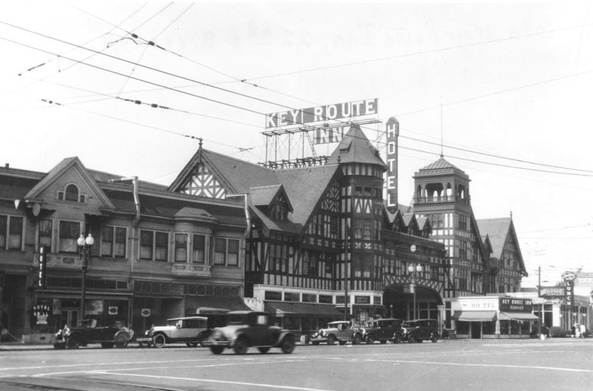