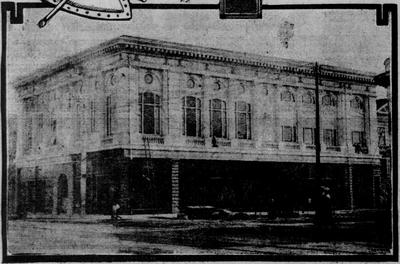 The Knights of Pythias is a fraternal organization which is "dedicated to the cause of universal peace" 1. The distinguishing principles are friendship, charity, and benevolence (FCB).

In Oakland, the main meeting place was the Pythian Castle of Oakland at the corner of 12th Street and Alice. The building was dedicated in November, 1906. Mayor Frank K. Mott and governor George Pardee spoke at the opening ceremonies. 5

In 1887 the Knights of Pythias met at the following locations in Oakland: 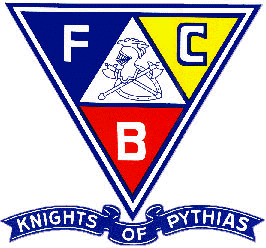 In 1913, the following meeting locations are listed 3:

The 1927 listing for fraternal organizations shows 4: 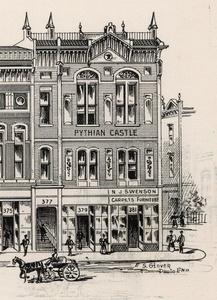