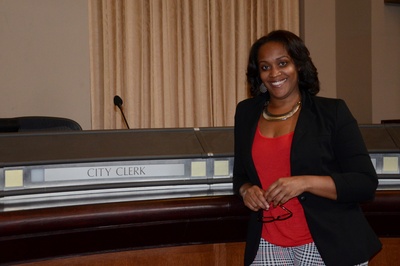 CC SA-NC-BY Our OaklandLaTonda Simmons is the current City Clerk for the city of Oakland. She was appointed to the position in 2005 after serving as the interim city clerk after Ceda Floyd resigned at the end of 2004.

Followers of #oakmtg have long hailed her as the favorite in the cast of characters that make up City Council meetings. These meetings often feature bickering between City Council members but Simmons is a neutral and good-humored party. Although not the official parliamentarian (that's a duty of the City Attorney), she knows the rules of procedure and gently but firmly reminds council when they seem to lose track. Many of them defer to her when they get confused, which happens too often for the liking of many Oakland residents.

When Simmons started, she said "her top priority was shifting to an electronic agenda-management system. Every year, the 12-person clerk's office handles 4 million pieces of paper." 1

Simmons is on twitter at @latondasimmons. She's very active and if you have questions for her, she will probably respond. 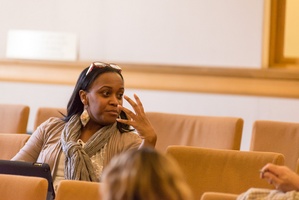