Lake Merritt Boulevard goes around the south end of Lake Merritt. The area has changed a lot over the years.

Originally the area was open water between the 'lake' and the estuary. Samuel Merritt wanted to create a lake, and it became the site of the 12th Street Dam. By 1912 except for a narrow channel, the land south of it was filled in as far as 8th Street. By 1950, 12th Street had been converted into the Frickstad Viaduct, "world's shortest freeway", with little room for pedestrians or cyclists. It remained that way until the voters approved Measure DD, which financed numerous improvements around the lake, including converting the freeway-like viaduct back into a boulevard.

Now there is a large grassy area, an amphitheater, sidewalks, and a separate path for pedestrians and cyclists next to the lake.

In February, 2014, Roads & Bridges magazine named the 12th Street Reconstruction project as a 2013 "Top 10 Roads Award" recipients. Sunday, June 9, 2013 there was a re-dedication ceremony as part of Love Our Lake Day.

Photos from East Bay Then and Now 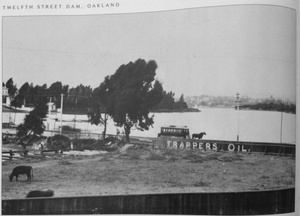 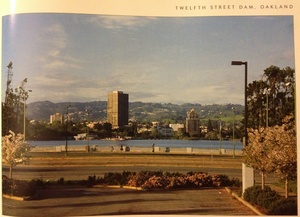 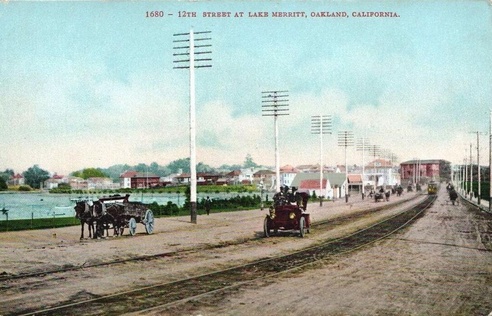