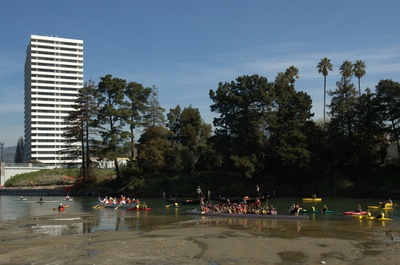 photo CC SA-BY from Our OaklandPart of the Lake Merritt Channel re-opened on Friday February 22nd, 2013. This was a Measure DD project.

This is what Deanna Santana, City Administrator, had to say about it in her weekly report:

On Friday, February 22, the City of Oakland held a media event marking a major milestone in the effort to reconnect Lake Merritt to the Bay – the re-opening of a 750-foot section of the Lake Merritt Channel. The removal of the 12th Street dam, culverts and twelve-lane roadway is one of the premier Measure DD projects. Since 1869, Lake Merritt has been separated from the channel by man-made structures that altered what was once an open waterway to the San Francisco Bay. This phase of the Measure DD project included removal of the 12th Street dam, culverts, unsightly pedestrian tunnels and twelve-lane “mini-freeway” and construction of a new 100-foot-wide, free-flowing tidal channel bridged by a six-lane, tree-lined boulevard. The $47 million project also includes improvements for water quality and wildlife habitat, creation of a new tidal marsh and construction of a new recreational trail that will eventually connect to the San Francisco Bay Trail. This is the first in a series of major projects to open the Lake Merritt Channel and once again connect Lake Merritt to the Oakland Estuary and San Francisco Bay. One of Measure DD’s major goals is to improve the water quality in Lake Merritt, with an emphasis on increasing dissolved oxygen levels. The Lake Merritt Channel 12th Street project will help meet these goals by removing restrictive culverts and opening the channel to greater flows. The increased tidal exchange to and from the Bay will help mix and oxygenate the water, and provide more tidal flushing. To read the media release, please visit www2.oaklandnet.com/w/OAK039774 (pdf). 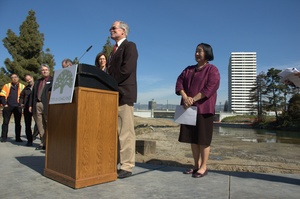 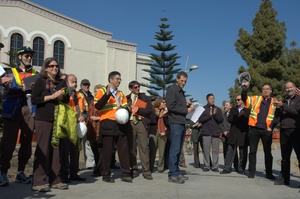 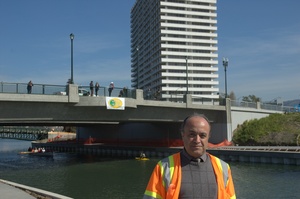