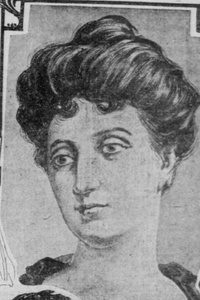 Lady Mary Leilah Kirkham (Blair) (Yard-Buller) (1849 – November 15, 1904), who went by Leilah, was one of the daughters of General Ralph Kirkham and Kate Kirkham.

Growing up, Leilah was a "free spirit" and considered unusual by the other children.

A few months after Blair's death came the news that Leilah had married Walter Yard-Buller in 1886. Yard-Buller was brother of Lord Churchston; after his death, Yard-Buller inherited the title and Leilah became Lady Leilah Yard-Buller. But it was not a happy marriage. On the way to the wedding, Yard-Buller struck Leilah because she hadn't brought enough money for their planned honeymoon.

They separated, and Leilah fell in love with Valentine Gadesden. The Call describes him as a 'designing fellow' and successful in preying upon Leilah. But she was very much in love in Gadesden, and Yard-Buller's divorce suit named him. 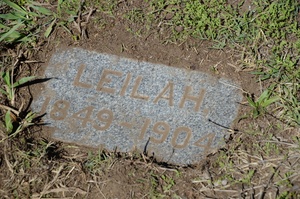 CC SA-BY Our OaklandLeilah died November 15, 1904 in a sanitarium in Livermore. A simple funeral was held at St. John's Episcopal Church, and Leilah was buried in the Kirkham lot in Mountain View Cemetery. 2