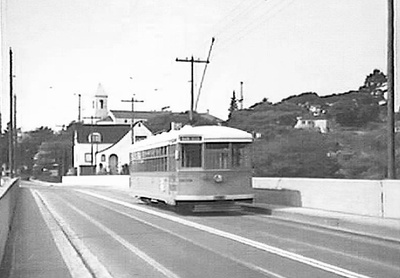 The Leimert Bridge spans Sausal Creek and Dimond Canyon, connecting Oakmore Highlands to Park Boulevard. It was built in 1926 by Walter H. Leimert and his brother Harry Leimert, who wanted to develop Oakmore Highlands. It was designed by engineer George Posey, who also designed the tunnel to Alameda that bears his name.

The bridge is 357 feet long and 117 feet high. Originally it had Key System trains (the #18) running over it as well as automobiles and pedestrians. In 1947, the poles supporting the wires for the Key System were converted to street lights and power poles.

Without the bridge, the Oakmore Highlands neighborhood would have taken much longer to develop. 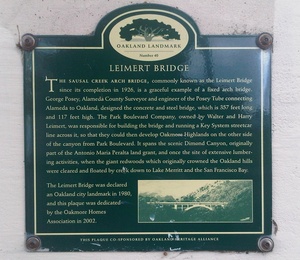 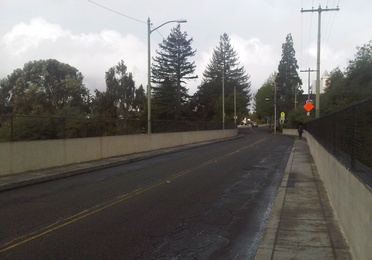 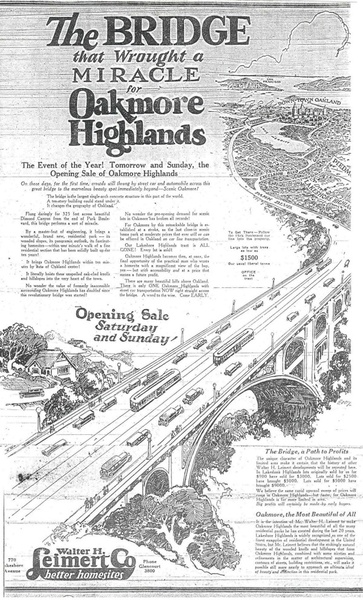