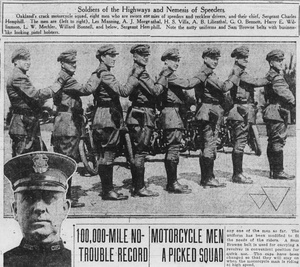 Lester “Les” Addie Manning (April 2, 1888 – May 25, 1933) was Oakland's first motorcycle police officer, and one of the founders of the California Association of Highway Patrolmen. He also frequently worked as the starter for automobile and motorcycle races. He died from a cerebral hemorrhage at age 45.

Manning joined the Oakland Police Department July 3, 1913. 1,2 He suffered numerous broken bones and other injuries over the course of his career, including one accident while working as the starter for an automobile race. He boasted that he had "at least 32 broken bones in more accidents than I can remember." 3

For some years, Manning worked for the State of California motor vehicle inspection bureau. A 1922 story by George Henderson featuring Manning appeared in the Oakland Tribune. It detailed how he went undercover as a hobo to track down the members of a yegg (safe-cracking) gang. 10 The State of California eliminated the department of the motor vehicle inspection bureau where Manning worked in 1923, 9 and Manning went back to work for the OPD.

In the 1920s, OPD fielded a baseball team, playing against the teams of local businesses. Manning was a pitcher. 7

In 1928, three men attempted to rob the 7th Street branch of the Oakland Bank, which was to contain thousands of dollars of the Southern Pacific payroll. The men shot and killed bank teller William McFarlin and fled the scene. Officers Manning and Leo C. Brandt set out in pursuit, and after a short high speed chase ending in a crash, the bank robbers were captured. Manning and Brandt were each given $3,050 in reward money for capturing the dangerous men, donated by some locals banks and presented to them by Mayor John L. Davie. Brandt used some of his money to pay off a loan, while the Mannings deposited their money to pay for the 3 year-old Gloria's education. 4,5 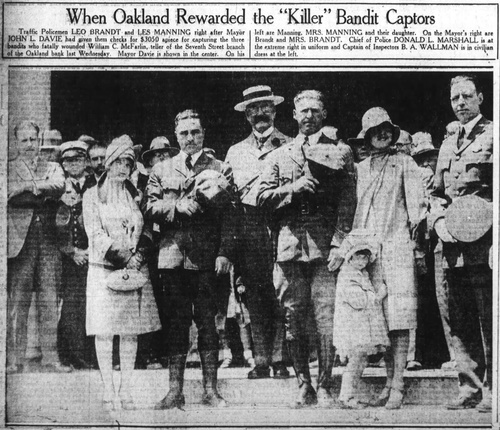 Manning became head of the motorcycle squad in 1930. For the previous two years, he had been the official driver of the auto for the chief of police. 6 He also seems to have become the face of traffic safety in Oakland about this time, though he was no stranger to the pages of the newspapers before that. 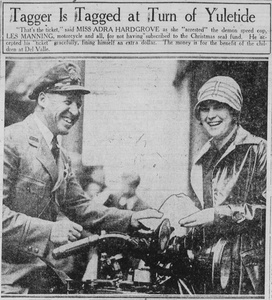 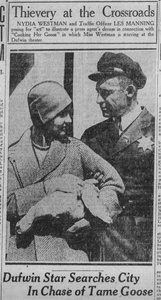 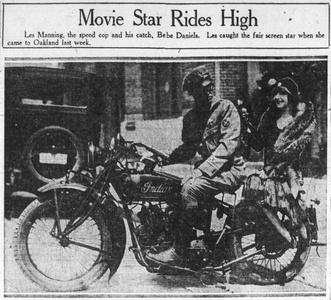 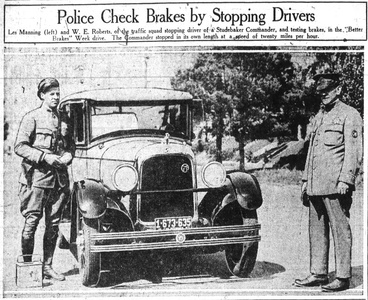 Manning was working on a safety campaign against autos with faulty headlights. He told his co-workers that he was feeling ill and left for home. He became paralyzed on one side, and fell into a coma. 2 He never regained consciousness, and died at Merritt Hospital from a cerebral hemorrhage. The funeral was held at the Grant D. Miller Mortuary with an honor guard from American Legion Post No 5. His remains were interred at Chapel of the Chimes. 1

Following his death, the Emeryville Motorcycle Speedway was dedicated to his memory. 8