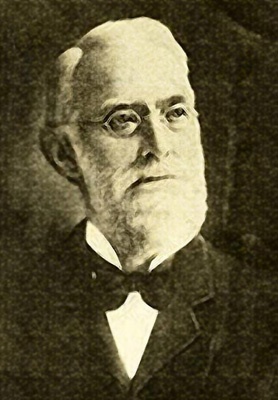 Lester A. Pelton
public domain via WikimediaLester Allen Pelton (September 5, 1829–March 14, 1908) was the inventor of the Pelton water wheel in the 1870s, and is considered "the father of hydroelectric power". At the time, the wheel was the most efficient water turbine design, and was significant in the subsequent development of hydroelectric power.

In 1888, Pelton sold his designs to A.P. Brayton, who started the Pelton Water Wheel Company in San Francisco. Pelton stayed on as a consulting engineer.

In 1897 he bought property and retired to Oakland, where he lived out the rest of his life. Lester and his sister Sarah J. Pelton (1813–1903) lived at 827 Grove Street (now Martin Luther King, Jr. Way). The most frequent appearances in the newspaper for him at this time were various real estate transactions in Oakland, Berkeley and San Francisco, including a gift to his eldest niece, Fanny A. Stowe.

He died in 1908 in Oakland, and Rev. Charles Brown presided at his funeral, where he read Tennyson's poem, "Crossing the Bar". A letter indicates that his niece, Fanny A. Stowe (wife of Paul Walter "P.W." Stowe), was a resident of Oakland at the time. 1 Pelton was cremated and his ashes were returned to his hometown of Vermilion, Ohio.

Pelton was inducted into the National Inventors Hall of Fame in 2006. 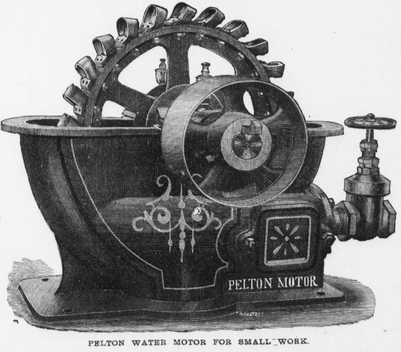