There are murals on the side of the empty building at West MacArthur Boulevard and MLK that don't seem to be by the same artist but all share radical themes. 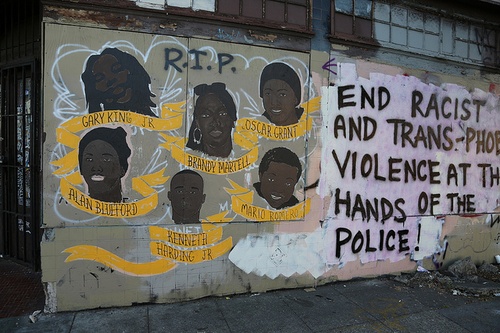 MLK side photo CC BY-NC 2.0 by dkantoroThe mural on the MLK side has pictures of people killed by police: Gary King, Jr, Brandy Martell, Oscar Grant, Mario Romero, Alan Blueford and Kenneth Harding Jr. Next to the pictures it says "End racist and trans-phobic violence at the hand of the police!"

On the MacArthur side, the mural reads "Eat the Rich! RIOT!" with a picture of a fist and gender symbols coming out of the "O" at various directions.

The next panel says "Liberate Space" and has a picture of bolt cutters. It says "Squatters, Tenants, Homeless, Workers- Unite!" and after the picture of the bolt cutters, it says "Still the keys to your city."

A final panel on the MLK side reads "tagging over this makes you racist and transphobic" and has a thought bubble that says "gender rebels."

At one point there was a wheat paste above the fist by Freya.

The space next to the bolt cutters has also read "The fire does not burn us, the fire burns inside is." 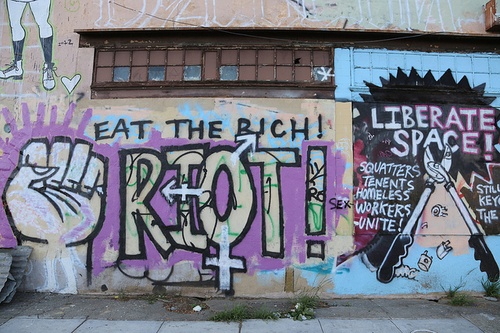 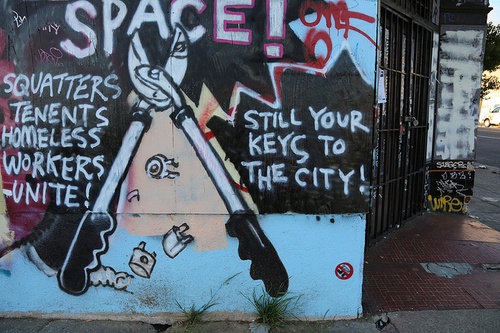 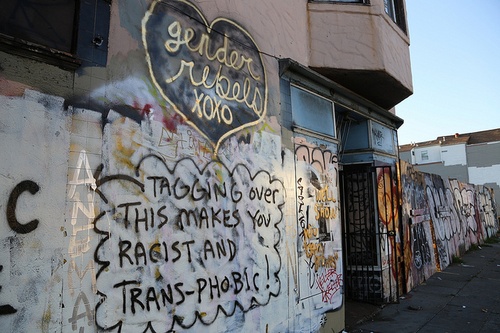 MLK side side photo CC BY-NC 2.0 by dkantoro