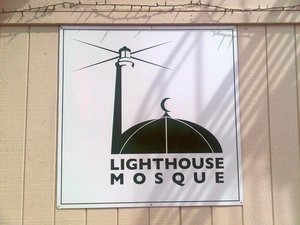 Lighthouse Mosque Lighthouse Mosque is a Muslim place of worship located in-between a liquor store and the entrance to highway 24 at 4606 Martin Luther King Jr Way in the Longfellow neighborhood, close to the Oakland/Berkeley municipal border.

Previously, Masjid Al-Iman resided at this address before relocating to Berkeley. The well known Bay Area Imam, Zaid Shakir, decided to keep and maintain the property. Thus in 2007, The Lighthouse Mosque came into being.

The Majlis Shura ( akin to board of directors ) has 5 men and 3 women. Considering many Muslim institutions don't have any women on their boards, this says a lot about how this masjid is run.

The congregation is perhaps 90% newer Muslims who recently embraced the faith. Consequently, the services are conducted in both Arabic and English.

The space itself is very tight, with enough room for 150 people if everyone squeezed in.

During Ramadan, Community Iftars are only held on Saturdays, but people keep informally dropping off food for random daily potluck iftars for whoever finds themselves at Lighthouse at sunset time.

Tarawih prayers are as expected, performed every night.

Sister Alice and other volunteers strive to keep hunger off the streets of Oakland by serving food to anyone who needs it.

"Light up the Dark," a short film about Lighthouse Mosque 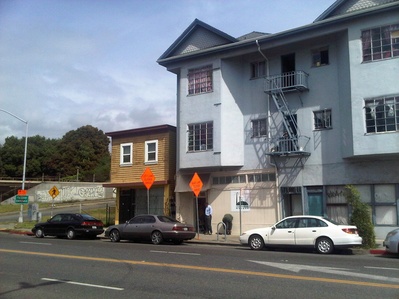 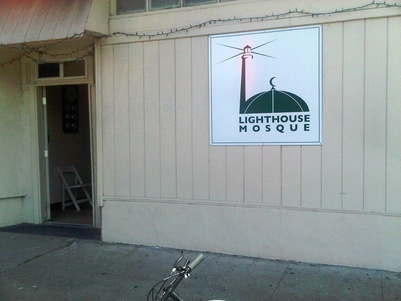 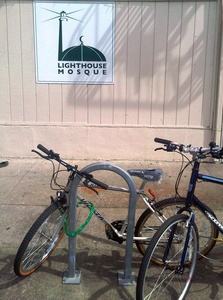 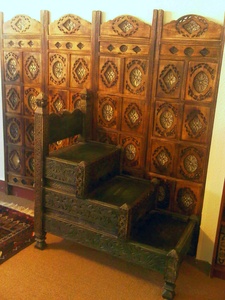 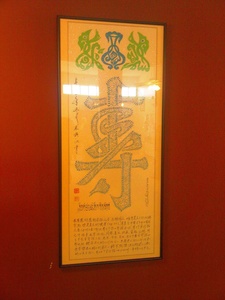 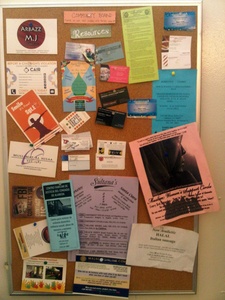 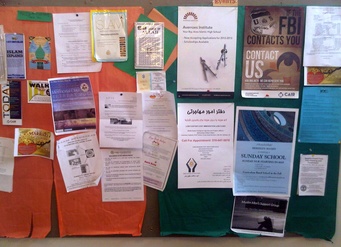