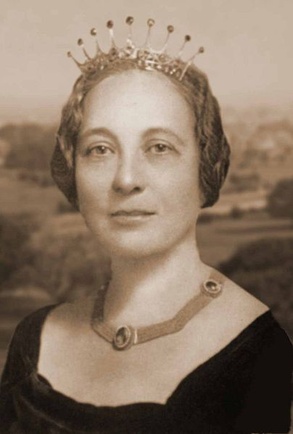 Lillian Remillard (later known as Countess Lillian Remillard Dandini) (April 28, 1880 – July 1, 1973) was the daughter of Pierre-Nicolas “Peter” Rémillard and Cordule Laurin. Born in Oakland in 1880, Lillian lived an exciting and extensive life until her death on July 1, 1973 at the age of 93. The Remillards were a rich, successful family, and friends with many politically connected Oakland families of the day.

As a young teen / young woman, Lillian is thought to have tutored family friend Jack London in French. 3

By March, 1901, Lillian was living in New York, training for a career as an opera singer and musician, when she learned her only brother, Philip, had fatally fallen from a San Francisco restaurant fire escape.

In 1904, upon her father’s death, Lillian returned to Oakland in order to assist her mother. The two assumed ownership of the family business, the Remillard Brick Company, and had a trust set up for younger sister Emma Remillard. 7

On August 23, 1932, Lillian tied the knot with a poor nobleman, 20 years her junior, with the impressive title of Conte Alesandro “Alex” Olioli Dandini di Cesena. Their marriage, however, did not last; the couple separated on June 1, 1938, with divorce granted sometime in 1939 (or, according to one source, September 1942 5).

It would seem the Count had some skills; he held several patents, including the three-way light bulb and the retractable hardtop, along with a spherical solar collector. Unfortunately, Count Alex was imprisoned for embezzling $51,404.04 from the family business, the Remillard Brick Company, as well as for tax evasion. 7 But the final nail in the coffin of the Countess and Count’s marriage was, in polite circles, the Count’s ‘wandering eye.’ 6

Lillian, who never remarried, retained the title Countess Lillian Remillard Dandini for the rest of her life. Following her death in 1973, her ex-husband, who had since remarried, sued to inherit her estate, but lost the legal battle.

Quite the imposing lady of high society, Lillian was extremely generous, donating funds for the creation of many community enrichment projects, including the Opera League of Oakland.

In 1953 Lillian Remillard saved the former home of Harriett Pullman Carolan from being demolished; the Chateau Carolands mansion, located in Hillsborough, California. 2 She lived in Chateau Carolands until her death in 1973. 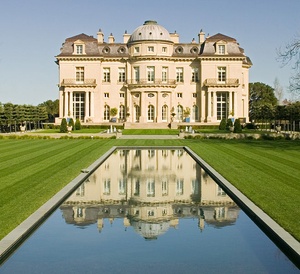 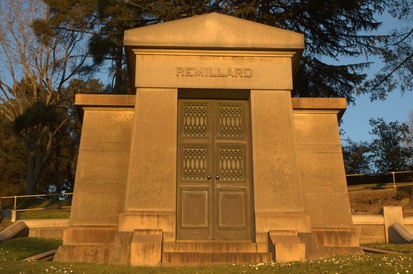 On a side note, in 1931/32 Lillian Remillard purchased a used 1930 Cadillac Series 452A V16 seven-passenger Imperial Sedan with sliding glass division window and forward-facing auxiliary seats. This is one COOL car!! Although the car was originally built for Templeton Crocker, grandson of Charles Crocker, and was owned by a number of owners after Ms. Remillard, it has always been known as the ‘Countess Dandini’ car. 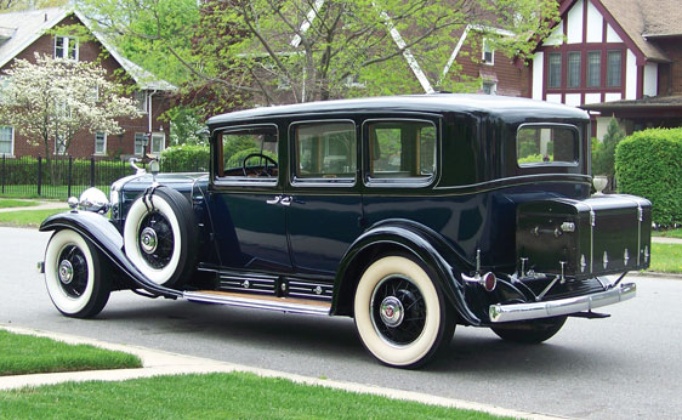