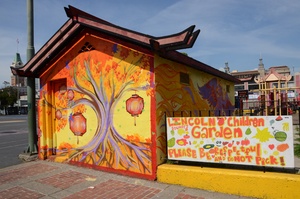 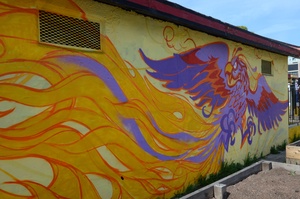 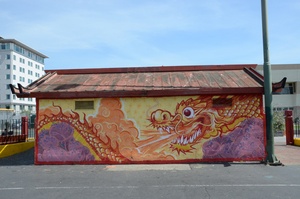 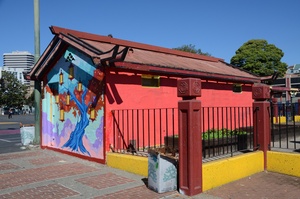 A new mural went up in Lincoln Square Park in March, 2014. Christopher Mackessy may have worked on the mural- he helped on the dragon mural shown above on the same building with Forest Stearns.

Bottom mural is by Omael and E47.

Right nearby, on the outside of the Lincoln Square Recreation Center, is another lovely mural with dragons, pandas, and more.