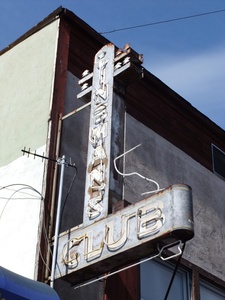 The Lineman's Club was a bar at 1619 East 14th (International). Russ Fassio owned it from 1954 until his death in 1985. The bar was frequented by PG&E workers, as well as players of the Oakland Raiders.

The distinctive utility-pole shaped sign outlasted the business, but fell into disrepair. In 2013, it was restored and moved to the IBEW 1245 union hall in Vacaville. 1 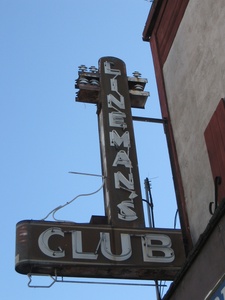 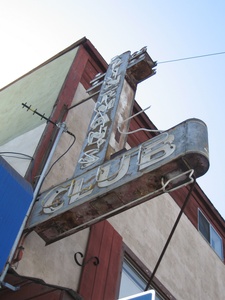