Louis de Rome (May 14, 1854 – January 7, 1910) owned the de Rome Foundry (previously Whyte and de Rome Foundry) in San Francisco, "builder of practically all of the bronze statuary in San Francisco" 1, including the statue of Robert Burns in Golden Gate Park. The de Rome foundry also cast the elk in the Elks Plot at Mountain View Cemetery. The de Rome family home still stands at 1076 - 59th Street in Oakland.

De Rome cast a bell for the Oakland Fire Department in 1905, which sits outside the Golden Gate Branch Library not far from the family home. It was for the recently completed firehouse across the street from the de Rome house on 59th Street. 2 Son Charles served in the Oakland Fire Department from at least 1924 to 1941, rising to the rank of captain.

At some point the foundry moved from San Francisco to Oakland. After Louis' death, son Louis Mighel de Rome (who was both born and died in the 59th Street home) took over running the foundry. Louis married Cora Virginia Klinkner, daughter of Charles A. Klinkner, and they lived in the de Rome house.

The de Rome foundry also cast the bust of Abraham Lincoln placed in Memorial Park in 1922. 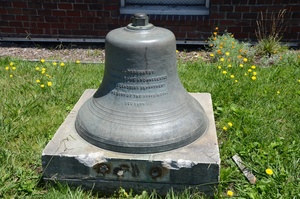 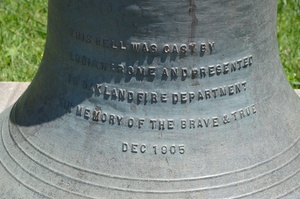 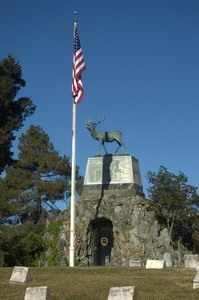 Louis DeRome died January 7, 1910, from heart problems; he suffered heart problems while on board the ferry returning from San Francisco in April 1908, and he never fully recovered from them. Louis, Emma, and Louis' mother Catherine are buried in Mountain View Cemetery in plot 30.