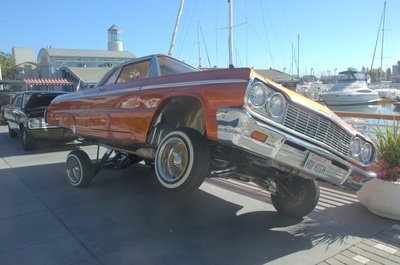 CC SA-BY Our Oakland
Oakland is not commonly associated with lowriders. But Oakland was once home to a thriving lowrider scene, especially in the 1970s through 1990s. 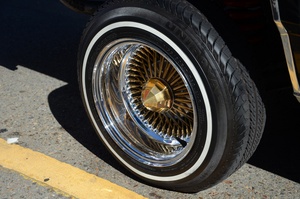 Lowriders are cars that became popular on the West Coast in the 1950s. Chevy Impalas are the favored vehicle, but also Fords and various muscle cars were used, painted with candy paint, and fitted with small rims (usually 13 or 14 inch) and white wall tires. Cars were also lowered and also many times had hydraulics that were used to bounce the cars and lower them or lift them.

Lowriding became popular in Oakland in the late 1960s and early 70s. Primarily popular with Chicano Latino youth but also black, Asian and white youth were into the lowrider scene as well. In the 1970s and early 80s the place for lowriders was San Antonio Park. Car clubs and youth with lowriders would gather at San Antonio Park to show off their cars, then they would cruise the night on E14th st (now International blvd) . Many lowriders would also hang out at the old Quarter Pound Giant Burger on 37th Ave. and E14th St. (International Blvd.) this was shown on the documentary Children of Violence in 1982.

The Oakland Police have a lowrider, made in honor of a Chicano OPD officer, Miguel Soto, who was killed on duty in 1994. It was created by OPD officer Jose Ortiz in his off-duty hours.

There is also a Oakland Fire department lowrider. 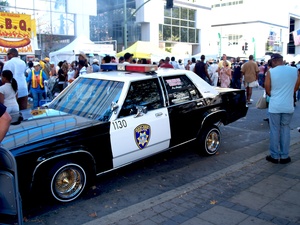 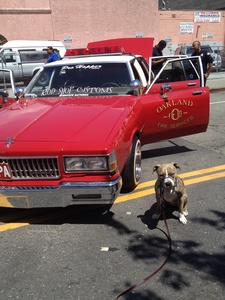 The End of an Era

Lowriding in Oakland began losing it's popularity in the late 1990s and 2000s the Oakland Police would regularly harass Lowriders and break up any spot where a large number of Lowrider drivers would congregate also many areas of Oakland like International Blvd. and even Lake Merritt had no cruising zones. Also a riot broke out in 1998 after the lowrider car show at the Oakland Coliseum. When in the Fruitvale district large numbers of lowriding youth and Chicano youth congregated the International Blvd. strip and police came in with riot gear to break up the crowds. Also the popularity of sideshows growing in Oakland also brought the lowriding scene to an end in Oakland. Many other factors like classic cars not being available like they were in the past as well was a factor of the demise of this subculture.

Starting sometime in 2007, with the growing popularity of First Fridays and Art Murmur, a car club called Royal Jokers began organizing a lowrider car show at the Quarter Pound Giant Burger on Telegraph in Uptown. It started with a few cars but in more recent First Fridays it has attracted many lowrider owners, car clubs and classic car aficionados. bringing back a little of that old school Oakland Lowrider culture to the youth of today. 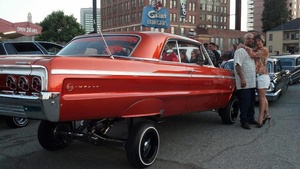 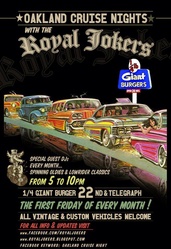 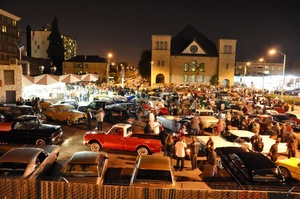 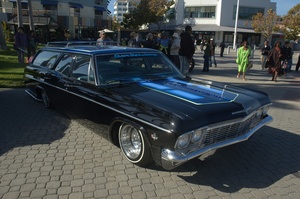 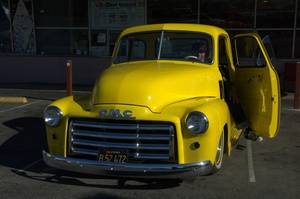 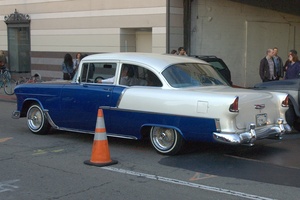