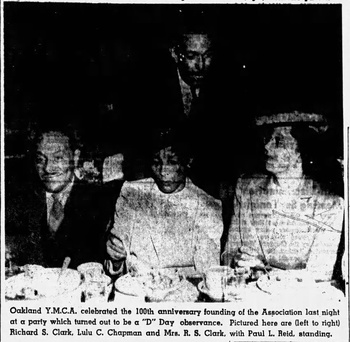 Chapman may have attended Fremont High School, class of June 1923.

Chapman was an accomplished tennis player. 3,4