When the M. Robinson Baker YMCA opened in 1947, it was called the Northwest Oakland YMCA. When its building was damaged in the 1989 Loma Prieta earthquake; the community rallied to its aid. MRB reopened in 1996. The 15,000-square foot MRB facility provides place-based services to the community with a gymnasium, outdoor gardening area, classrooms and computer lab.

Question:  Who was M. Robinson Baker?  And if Joshua Rose raised the funds to build this YMCA branch, why was the facility named after Baker??

See the three newspaper excerpts below for a partial response: 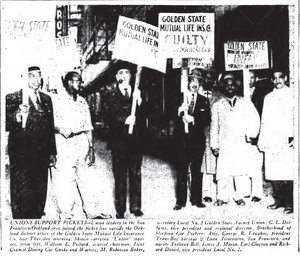 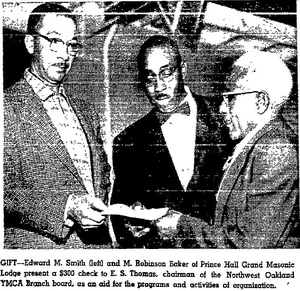 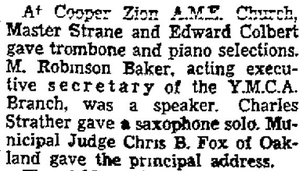 Except from January 19, 1939 Oakland Tribune
Note that it is not clear which Branch is referenced, but the Cooper Zion church was then located on Union Street in West Oakland
(fair use)

There are several murals at the YMCA. One of them features Oakland scenes including the lake, graduates, current issues like eviction, and the Y itself. 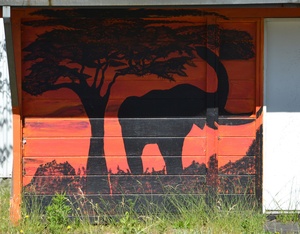