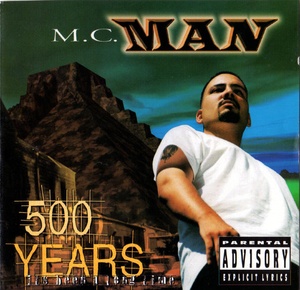 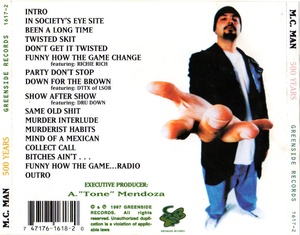 Manuel Martinez, also known as  MC Man (or M.C. Man) is a Mexican American Chicano Latino rapper from the Fruitvale District in East Oakland. He made several albums and compilations during the mid 90's and early 2000's.

MC Man is the son of long time Chicano and Native American activist Samuel Martinez, who played a big role in community activism in the Fruitvale District during the 60's and 70's

Some of his songs were Chicano-conscious and others were more Gangster style. Some of his hits were "Show After Show," "Funny How the Game Changed," and "Down for the Brown." His most popular album was "500 Years."