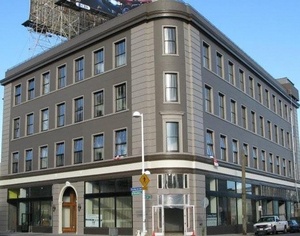 The MacFarlane's Ice Cream and Hard Candy factory and head office were located from 1947 to 1977 at 2355 Broadway, Oakland, in the Cuyler Lee Building, and is now the home of Sweet Bar Bakery.

MacFarlane's Candies also had an ice cream parlor and candy shop during the 1950's and 60's at 4220 Broadway near Oakland Technical High School.  They made the BEST Peppermint Molasses salt water taffy candies individually wrapped in waxed paper, and their Mint Chip ice cream was so much better then Fenton's!!

MacFarlane's Candy Co. was originally known as MacFarlane Nut Co., and was founded by Donald Lee MacFarlane, Sr. (June 6, 1903 - July 1980) -- also known as Don "Awful Fresh" MacFarlane.  In 1926, MacFarlane Nut Co was located at 2333 Valley Street.  In 1939, "Awful Fresh MacFarlane, the Scotch Candymaker" proudly announced the opening of a new branch store in the Market Centre at 19th and Telegraph (now the site of the Uptown ArtPark).1   In 1962, Mr. MacFarlane was the President of MacFarlane's Candies, with sales in excess of $2 million annually, 18 stores, a 40,000 sq. ft. factory, a small ice cream factory, a small bakery (perhaps the MacFaralane's Bakery at 4200 Broadway?).

Russell D. Albers (December 17, 1926 - November 13, 2006) was a long time employee of MacFarlane's.  In 1950 he joined the company as a retail supervisor trainee, and by 1959, at the age of 33, Albers was the company President.  The next mention of a change in his career was in 1979, when he joined See's Candy Co., as vice president and general manager, so he might have stayed at MacFarlane's for a total of 29 years, from 1950 to 1979.  One of Albers accomplishments was that he led the fight to repeal the tax on candy and snack foods until it was successfully repealed after 50 years. This tax was taken off permanently.

It appears that the company was acquired by Riviana Foods in 1971,  which later became part of Colgate-Palmolive.2 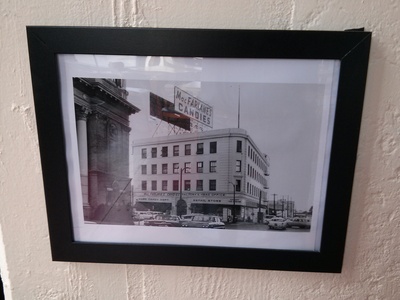 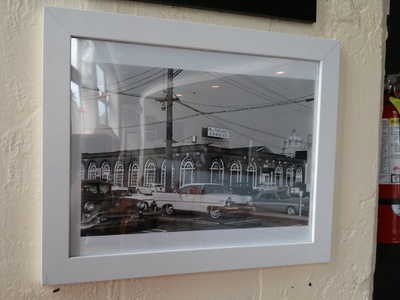 For many years, apparently, the company used tag line "Awful Fresh," based on the founder's nickname  During the 1920's and 1930's "Awful Fresh MacFarlane" candy company sponsored a Bagpipe Band in Oakland.  Variously called MacFarlane's Bagpipe Band or the Awful Fresh Band, and also identified in some sources as the Awful Fresh MacFarlane Candy and Nuts Pipe Band (apparently based on the wording used on the drum during later years), the band seems to have ended its reign sometime before 1959.  In 1937, the band played at a New Year's game at San Francisco's Kezar Stadium.  Note that the in the picture accompanying the Oakland Tribune article announcing the upcoming performance, the drum does not say either Candy or Nuts.  Oakland Trib - 12-22-36.pdf

Check out this crazy ad for the Berkeley store, and this cab-top ad from San Francisco.