1967 directory listing"Mac th Brush" (aka Farrell Lloyd McCarthy) (February 6, 1919 - September 23, 2003) was a sign painter and sailor. He also painted temporary window signs, and was known for the painting "the quickest Santa in the West." 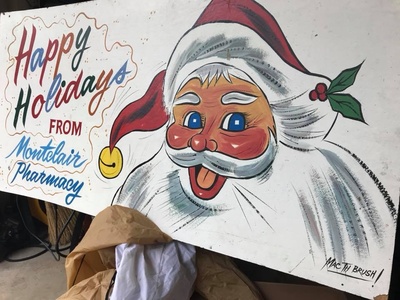 His nickname was given to him by "Horsetrader" Ed Shapiro, a car dealer in San Francisco. 1,2 His business was more formally known as McCarthy Sign Service.

In addition to serving in the merchant marine, McCarthy briefly worked as an animator for Disney. 2 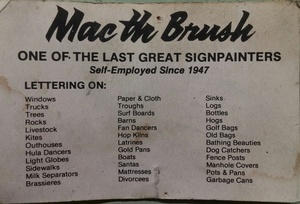 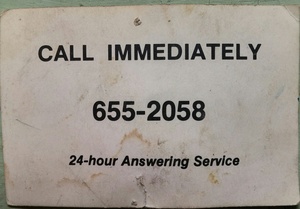