Webber, originally from Bucyrus, Ohio, is described as a “pioneer,” as he came to California in 1860 interested in mining and gold.

Prior to public life, in 1868 Webber owned a drugstore at 11th and Broadway.1

Mack Webber was an early advocate for Oakland finding an adequate water supply, by building an aqueduct from the Sierras to Oakland.

Later in life he was involved in buying and selling mining interests. Webber had a stroke on January 5, 1901 and died on January 8, 1901 from paralysis related to the stroke.2 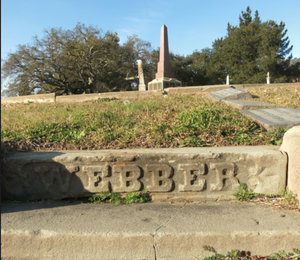