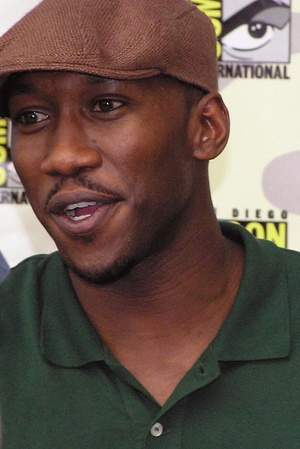 Mahershala Ali (born February 16, 1974) is an actor from Oakland. He is best known for his roles on The 4400 and House of Cards. More recently he's been playing a villain in Luke Cage.

Mahershala was born Mahershalalhashbaz Gilmore in Oakland, and raised Christian (his mother, aunt and grandmother were all ordained ministers) in Hayward. He attended St. Mary's College in Moraga, where he played basketball for the Gaels. He converted to Islam while attending graduate school at New York University. 1