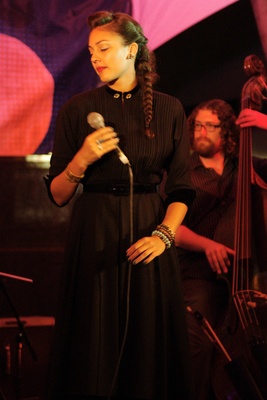 CC BY-NC-SA 2.0Paul FredericksonMara Hruby DeCoudreaux is an Oakland musician with an expressive and soulful voice, and a love of 40s and 50s attire.

Hruby has performed all over the country as well as at Yoshi's in Jack London Square. Her first album was "From Her Eyes" which covers songs originally sung by male artists. Her second album is "Archaic Rapture" which was released in April, 2014.