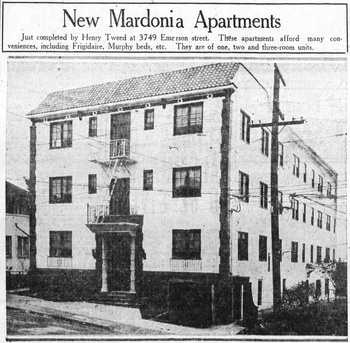 Mardonia Apartments was a 27 unit apartment building at 3749 Emerson. It was completed in 1928 by Henry Tweed for Chris Tweed.

At some point Park Boulevard was realigned (it previously followed Park Blvd. Way); Mardonia was about where westbound Park Blvd. is now.