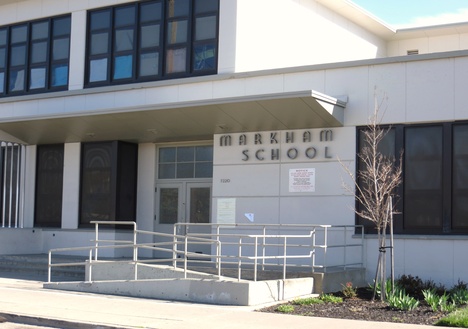 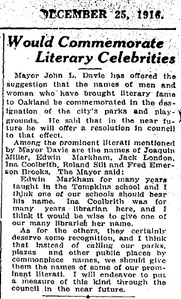 The school was named after California poet and educator Edwin Markham, who was principal of the Tompkins School from 1891-1899. It is not clear when the school was named for Mr. Markham; the idea was proposed by Mayor Davies in 1916, but the first mention of the school that has been located so far is from 1928. Does anyone have any more detail on the naming of the school?