On Sunday, April 25th, the Community Rejuvenation Project inaugurated the stretch from West Grand Avenue to 29th Street as the Martin Luther King Cultural Corridor, just three blocks from the latest homicide. With the completion of a mural honoring civil rights leaders Martin Luther King Jr. and Dorothy Height, as well as Marcus Garvey, the founder of the Pan-African movement and philosophy, the organization created a series of four new murals to inspire peace and cultural pride.

Martin Luther King Jr. Way has long been known for its violence and gang activity. It is one of the most heavily policed districts in the city. The Cultural Corridor includes five murals with content ranging from West Oakland celebrations to scraper bikes to plant and animal life.

"We chose Ghosttown and the MLK Corridor for this project because of the dumping and extreme vandalism we noticed in the area. We hope this can be a catalyst for change in the community, and we want to create landmarks that people take pride in," says participating artist and Oakland resident Dave Kim. 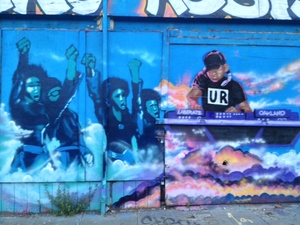 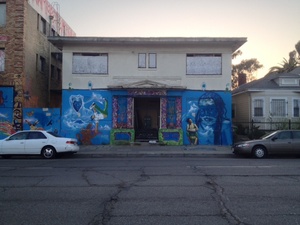 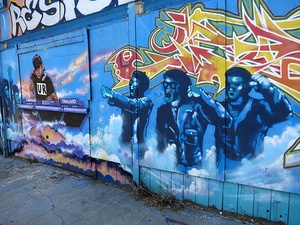 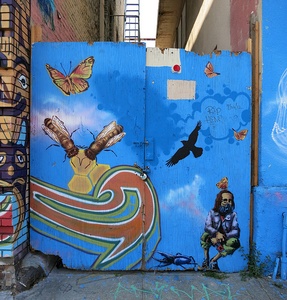 Update: as of November, 2014, much of this mural has been painted over.