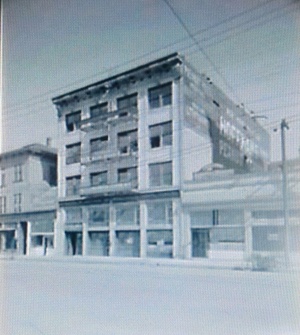 According to the 1921 Annual Report of the Commissioner of Patents, Martin M. Hoffman (aka "Peanut Andy") of Oakland, California, had a patent for Peanut Candy. 2

On National Candy Day, October 8, 1921, "Peanut Andy" Martin M. Hoffman hosted a Peanut Candy Party on the lawn at 14th and Franklin.  All Oakland is invited to attend this reception in honor of National Candy Day, and every guest will be presented with an individual package of Hoffman's Famous Peanut Candy," Mr. Hoffman was quoted as saying.  An orchestra of Hawaiian musicians entertained the crowds of guests, and "pretty girls" were on hand to assist the host. 4