Martland, Peart and Elkington was a tire store from 1908 to 1909, owned by Robert W. Martland, Norman F. Peart and Thomas H. Elkington. 1

They are remembered in part for an ad painted on the side of a barn for the Portola Road Race in 1909. 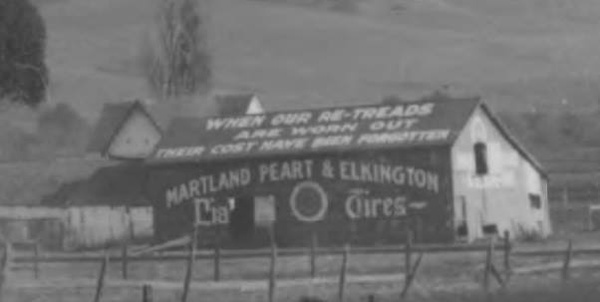 By January, 1910, it was Martland Tires and Vulcanizing, distributors for Pennsylvania Tires, William Jurgewitz vice-president at 1319 Broadway and 28 Telegraph Ave. 2, and Peart and Elkington, agents for Diamond Tires at the 112 Telegraph location and 1361 Broadway. 2 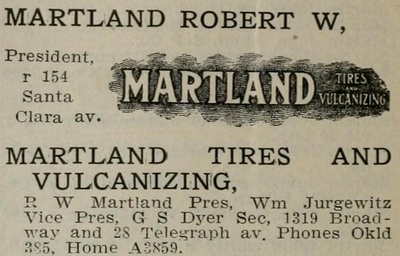 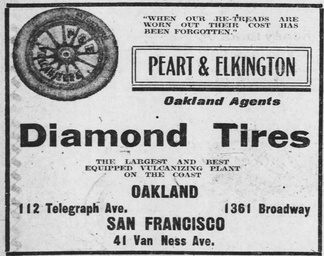 By 1924, Martland was the manager of the the California Auto Trade Association (ref 1), and managed an auto show in 1924 (ref). No listing can be found for Peart or Elkington in the 1924 directory. [ Martland also drove in races (ref w/pic)