100 Black Men of the Bay Area held a Mayoral Candidate Forum on Wednesday, May 21st at 6:30pm at City Hall. There were opening statements and questions from the public and host committees. 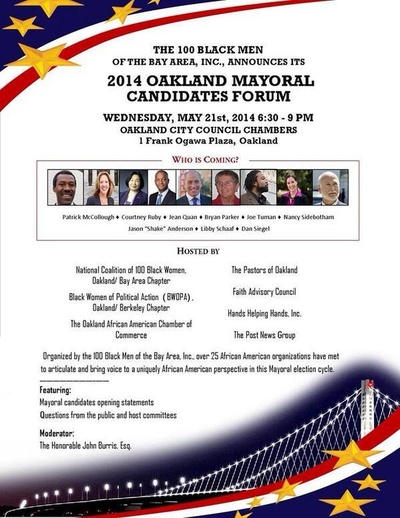 The panel was moderated by John Burris. (Dan Siegel's campaign tweeted that Burris endorsed him earlier that day.)

The panel was hosted by