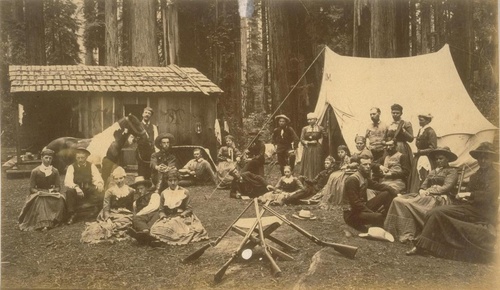 The Merry Tramps of Oakland were a camping group in the 1880s. Members included Helen "Blazes" Penniman, future wife of Oakland mayor and California governor George Pardee and photographer Frank B. Rodolph.

Some of Helen's souvenirs and a crazy quilt that she made commemorating her adventures are preserved in the Pardee Home Museum.